SPTC Tennis Director, Greg Hiers, is a USPTA Elite level certified teaching professional (the highest classification excluding “Master Pro”). He has completed the USTA High Performance Coaching course and attained the USTA’s Level I Competency for Sport Science. Greg has attended dozens of tennis coaching workshops across the country over the years and has been Tennis Director here at SPTC since 1997.

This past indoor season, Greg was the Tennis & Pickleball Director at Premiere Pickleball & Tennis Club in Brooklyn Park. He is also checking off a “bucket list” item to coach a boys high school team for the first time as the Varsity Coach at St Paul North.

Prior to this year, Greg and his family lived in Fort Myers, Florida where he was the seasonal Tennis Director at Breckenridge Golf & Tennis and part-time pro at Gulf Harbour Country Club. Each summer Greg would return here to SPTC. Before his move to Florida, Greg was Tennis Director at Fred Wells Tennis & Education Center. During the summer, he is Tournament Director for the “SPTC Open Clay Court Doubles Championships” held here at SPTC.

Greg is a native Floridian, having been born in Jacksonville, then living in Tampa through junior high school and finally moving to Boca Raton. These latter two cities are hot-beds of professional tennis in this country. This certainly had an effect on his early love of the sport and his desire to make a career out of it (this being the only job he has really ever had!).

Prior to arriving in Minnesota in 1996, Greg was employed at the San Francisco Tennis Club. There he served as Assistant then Head Coach for Northern California’s Area Training Center, the training program for the nation’s top junior players. Greg graduated from Ferris State University in Michigan with a B.S. in Marketing degree combined with a major in “Professional Tennis Management” (PTM), a unique program that prepares its students for careers in the tennis industry. He played for Webber College in Florida for one year.  A shoulder injury cut short his collegiate play but did not deter his desire to work in the tennis industry.

During his senior year in college, Greg served as an Assistant Coach for the Div. II nationally ranked, FSU Women’s Team. He spent his summers during college working as the Head Assistant Pro at clubs in Boca Raton, Florida (for one full year prior to college); Greenwich, Connecticut; Louisville, Kentucky; and Honolulu, Hawaii. 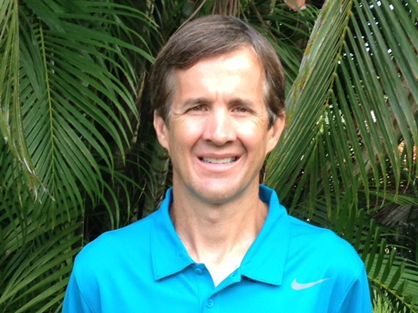